Home BELLSPIRATION CLUB – MIHAIL DIVJAKOSKI: I guess I was always interested in other stuff more than most of my peers (Part 1/4) 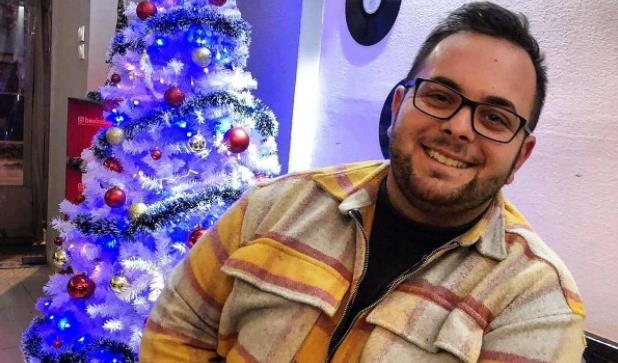 BELLSPIRATION CLUB – MIHAIL DIVJAKOSKI: I guess I was always interested in other stuff more than most of my peers (Part 1/4)

1) Dear Mihail, we tie youth activism, philanthropy, student exchanges to you… But who is really Mihail, what does he dream about, what does he like and what does he do? For the readers of the Bellspiration blog, introduce yourself, so we can all get to know you.

Starting off with some hard questions I see, haha. Well, Mihail is a 22 years old guy that lives in a small village between the cities Krushevo and Prilep, named Krusheani, in the south-west part of Macedonia. If you decide to visit Macedonia, you’d be pretty amazed by all that we, as a country, have to offer but after spending some time here, you’ll start feeling and seeing our flaws as people, as mentality, as a community. Now, Macedonia is still pretty filled up with a conservative mentality, especially if you find yourself living in a rural environment.
What I am, who I am, is a result of everything I have been through and experienced over both periods as a high school and university student.
I guess I was always interested in other stuff more than most of my peers here, and as time passed by, the gap between my interests and topics I’d like to talk about, discuss, and work on, and my so-called friends’, which were much different than mine, was bigger and bigger, and slowly, but at the same time suddenly, I noticed that I started losing my social life, and the circle of people had tightened because, simply, I wasn’t interested in let’s say gossiping around, or who and what did last weekend and similar stuff.

This was a result of my participation in youth activism, see, I was interested in taking part in debates, organizing charity events, going to all kinds of events that would eventually help me grow as a person, and most importantly widen my horizons. I remember when even in primary school everyone would be called to hang out after hours, do a project or stuff like that, and I stayed organizing the library or doing other stuff at school. Not that I wasn’t invited, I was a pretty sociable and extroverted person, still am.
Another part of the story is that here, bars, and parties and clubs, are filled with turbo-folk Serbian and Balkan music, which, luckily, is far from my taste, and trust me Macedonians know more Serbian songs than Serbs themselves, so I just skipped night-outs. Instead, If I wanted to have a nice night out, and listen to some good music, I had to organize the thing.
Another funny story that proves how different I was from the crowd was the day of st. Nicholas for a few years, which btw is the patron of Prilep, the city where I study, and everyone is either going to someone’s place, or is hosting someone, and I always managed to be in the center of the city, between the crowd, hanging out balloons, Christmas cards, standing beside a charitable stand or so.
And of course, I was not alone, there were always people on different occasions, whether that would be the Local organization at my high school, or the charitable organization at the school, or the employees of some NGO, the important thing is I was never alone.
What matters now, is that I appreciate everything I did then, and I do not regret it, even for a single moment. But the hardest thing was that I became distant with my family, all that absence, all those causes I devoted myself to, responsibilities that came with it, and It became hard explaining to my parents, especially my father, that what I do is okay, it’s good, It’s something that I wanted to do, and needed to do. But nothing serious, given the fact that I account myself as a rebellious and resistant (which by people that know me will be interpreted to be stubborn) person, even now. I never was the child that could just be put in the line, mixed with the crowd.
Long story short, at this moment Mihail is a graduate student at the Faculty of Economics in Prilep, currently sewing, ripping, resewing and concerning over what will do after I graduate, generally occupying myself with the responsibilities at the Faculty student assembly at our faculty, as ex-president, current vice-president, among many other things.
Whatsoever, I am let’s say optimistic about the post-graduating period, because the plan is to continue on master studies in Slovenia, either European Studies, or International Relations, after which I plan to aim to Brussels, and apply for their traineeships at the EU institutions, do my thesis, wrap it all up, and maybe, come back home and being someone’s support and a person to say “bravo” to future young kids and rebellious souls like me to, simply, be the person I kind of need, and didn’t have, because, let’s be honest, we all need that tap on the shoulder, and that support and bravo sometimes.
I like organizing events, actually, I love doing that and devoting myself to everything that is bigger than us, as individuals, and yet represents us, builds up our capacities, wakes up better versions in ourselves, and changes us day by day.

2) What is “Success” by your definition and how to achieve it?

See, Success, as a word, is very tricky and can be wrongly interpreted and misunderstood very easily. I, myself, have heard many definitions of it. Perse, as my father likes to say, success is having a salary, and no matter what you study or do, turning it into money. God knows it, I have heard the phrase that “money is everything” for more than a billion times. Now, of course, I highly, highly disagree, if for a moment I agreed to it, I would go against everything that defines me. Money yes, they can be part of being successful as a way to manifest and materialize the knowledge and skills one possesses today since they play an enormous part of today’s success, but, and this but goes twice, success is a much bigger, much important term to use, than earning money and being rich.
By the way, I see and define it, success is doing what you want to do, doing what makes you happy, fulfills you, and makes you feel that smile and satisfaction to your very core. Success is being in a place where you want to be, surrounded by the people you want to be surrounded by, simply being able with a big smile and fulfillment to say “This is the meaning of life for me, this is my success”. Even though it may not be what other people think or interpret, it's yours, makes you happy, makes you feel good, and brings a smile.  Now, you achieve this by simply following your instincts, finding what you want to do, taking notes of small goals, small things and have one big goal for, let’s say the longer period from now, as I want to find myself in Brussels, doing that trainersheep, and now every exam, every class, is part of it, contributes to something that will simply bring a smile onto my face, and make me feel good. Success is an individual definition, and every one of us should find its steps and goals, always.

It truly is an honor being in the Bellspiration Club. Over the used opportunities and experiences, I have learned that we, youth from the region have to network and hang out as much as possible, we have tons of stuff to learn from each other, and huge, huge capacities of collaboration, since we face similar problems, live in similar communities, with elders still stuck in the Yugoslavian time, and many conservative minds to shake.
So, my expectations from this membership would be to meet as many new people as possible, make friends, brainstorm, and who knows, maybe shake the Balkans a bit with some ideas. Looking forward to everything!