Home Meeting “Together for local development” held in Široki Brijeg 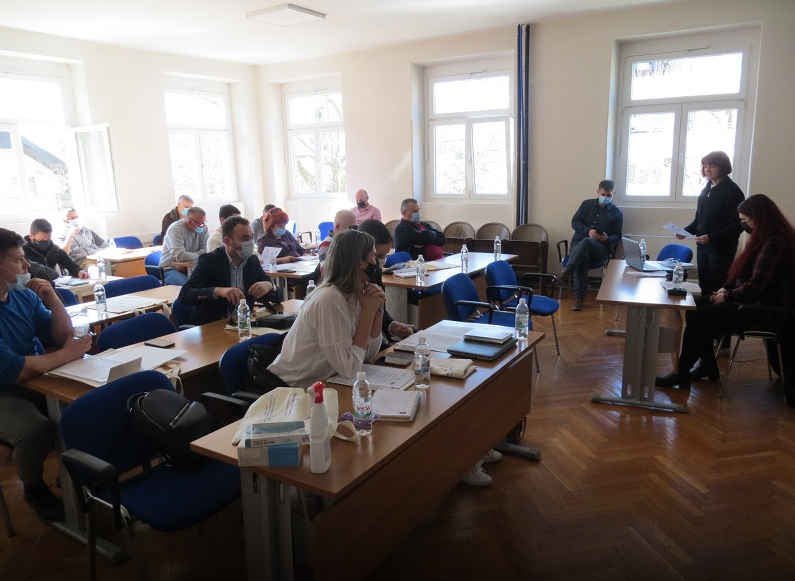 Meeting “Together for local development” held in Široki Brijeg

The meeting was opened by Zulka Buljak, representative of CGS Livno. She greeted all participants and thanked them for a great interest in the meeting. She stated that there are countless opportunities for the development of local communities for which there are funds available from foreign investors through EU funds, but which should be able to attract a rational and well-designed campaign in BiH, i.e., local communities of these two counties (Canton 10 and West Herzegovina Canton) which CGS Livno intends to lobby. She stated that there should be greater cooperation and synergy of the local community starting from the public sector, small and medium-sized enterprises, NGOs and local communities. In this regard, it is necessary to sign a memorandum of cooperation through the local development network, which should be lead by a local association as a network coordinator to manage member activities. The memorandum was distributed to local representatives, associations and local communities. Those who are interested in signing the memorandum should read it carefully and send their written answer to CGS Livno. Mrs. Buljak also stated that CGS sent a questionnaire to the public sector, business entities and non-governmental organizations in two counties (Canton 10 and West Herzegovina Canton) requesting them to submit information on their activities. Not even 50% of respondents answered. The reasons given by those who did not submit answers to the questionnaire lie in the protection of personal data and in the Freedom of access to information act in BiH, which they referred to.

Ivona Mišković, representative of CGS, continued after Mrs. Zulka Buljak and explained some technical activities related to the project Together for Local Development. She called for greater activity of representatives of the local community, small and medium-sized enterprises in order to design and enable a better life for the residents of these communities, for which there are countless opportunities.

Ivica Sivrić, Acting Director of REDAHA/Regional Development Agency of Herzegovina explained the importance of applying for EU projects and all other projects available to the local community, and gave a number of successful examples of how these projects are implemented. He also stated that there are great opportunities to attract available funds from EU funds, following the example of the Republic of Croatia, but still insufficient due to the inertia and slowness of local communities, starting with the public sector and local businesses.

At the end of the meeting, some of those present shared their experiences and opinions on the poor implementation of projects in local communities.

In the end, participants agreed to continue cooperation in the near future to improve the functioning of all sectors of the local community of the City of Široki Brijeg.