Home Meeting on the fish protection project in Livno 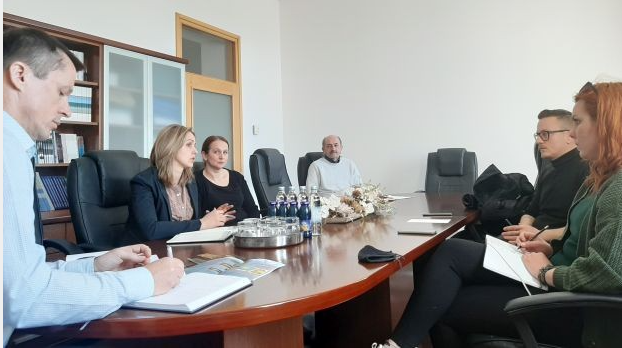 Meeting on the fish protection project in Livno

The Dinarica Association, which operates within the WWF Adria, is implementing a project to research endemic fish species in the Livanjsko polje.

A meeting between the mayor Darko Čondrić and the representatives of Dinarica Vedran Kordić and Sanja Duranović was held in the building of the City Administration of Livno. The objectives of the project related to the establishment of protection of valuable indigenous fish species in Livanjsko polje were presented at the meeting. Given that half of the Livanjsko polje is regularly under water, it is actually a combination of wetlands of great value, an important bird habitat and peatlands and meadows inhabited by endemic and rare species.

There are twenty different species of fish in the rivers of Livanjsko polje as well as in Buško Lake and Mandek. Some of them are characteristic only for this area which makes them especially valuable in biological terms. The goal of the project, implemented by the Dinarica Association, is to establish the protection of valuable fish species. The project will monitor the number of five endemic fish species and their populations, as well as migration routes underground as well as threats to their survival. The project will result in proposed fish protection measures that should be in line with the EU Water Framework Directive and the European Union Biodiversity Strategy until 2030. The project will propose and advocate the inclusion of endemic species that are not already protected in the Red List of Endangered Fauna of FBiH and Rehabilitation of certain areas from invasive, harmful and economically unprofitable species. Mayor Čondrić, supporting the presented project, informed the representatives of Dinarica about the plans of the City of Livno when it comes to drafting a new Development Strategy and said that part of the planned activities through the Strategy will refer to biodiversity that Livno has. Cooperation is also needed for the exchange of information in order to protect all activities and activists of this project, as well as others involved in nature protection and its study and research, and for the protection and promotion of socio-economic development of the local community, ecotourism and educational tourism, as well as compliance with the current legal framework. The City of Livno will do everything to protect the natural diversity and biodiversity in its area and at the same time enable unhindered economic development.