Home Marija Adamović – director of Radio Kostajnica: “We always have earthquakes, even when the ground is not shaking” 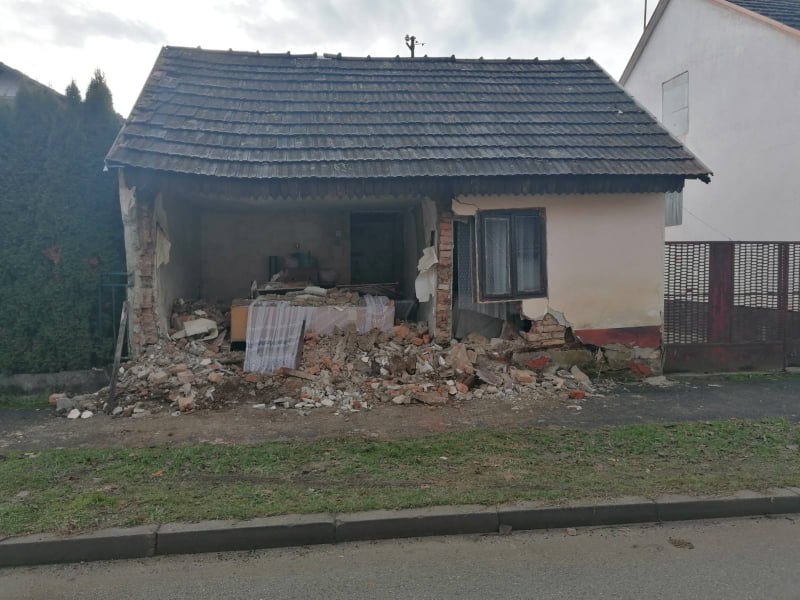 Marija Adamović – director of Radio Kostajnica: “We always have earthquakes, even when the ground is not shaking”

The municipality of Kostajnica suffered significant damage in the recent devastating earthquake that hit Croatia, and the border areas of our country, which brought serious challenges to this local community, especially at the current time of the pandemic. One of the institutions also affected by this natural disaster is Radio Kostajnica. It is a radio station, the story of a team that overcame many challenges and problems that all small local media houses face. “It’s a story that has been going on for 25 years. The editorial policy and program goals define: in the informative part providing listeners meaningful, objective and interesting information from all areas of social life, first of all the municipality of Kostajnica, and then all others reached by the signal 101.6 MHz. Regarding the music entertainment, special attention is dedicated to broadcasting content acceptable to all ages, ethnic and educational groups. These values ​​were developed by Radio Kostajnica through the impartial transmission of information, attitudes and views, and on tolerant communication and respect for all types of diversity, all with the aim of creating a positive impact on the local community.”

Local community with a modest budget

We talked with the director of Radio Kostajnica, Marija Adamović, for “Snaga lokalnog” about the problems that arose after the earthquake, the general situation in this city, and the work of the leading media. According to her opinion, Kostajnica suffered significant damage after the earthquake, and even before the earthquake it was in a difficult position because it is a small local community. Radio Kostajnica itself cannot return to its premises in the building of the local municipality, which suffered damage, and their equipment was also damaged, Adamović points out.

– We are currently in the office with the Agricultural Service, without sound insulation. We managed to start broadcasting again two days after the earthquake because information is very important in such situations. We learned to improvise after all the misfortunes that have happened to us in these 25 years, war, floods, and earthquakes. Fear is present among the citizens, especially among the children, there are noticeable tremors every day. Before the earthquake, we heard a loud sound, and then the earthquake happened. A lot of people have said, and I feel it too, we imagine ground shaking. When it shakes and when it does not shake, it is an earthquake for us. Quite a traumatic experience, it is repeated constantly, although I think that everything is calming down slowly and that this is actually a normal situation after a strong earthquake. Our facility where Radio Kostajnica is located received the fourth degree of damage and will need reconstruction. The old buildings, which are the core, the soul of our city, suffered serious damage. For example, the building of the Municipality of Kostajnica dates back to the Austro-Hungarian period, a cultural monument in the city, so it is a big problem and challenge with the renovation. We do not know whether the renovation will be successful at all and whether it will protect us in the event of a new, stronger earthquake. There is a dilemma between whether to demolish or renovate buildings, we have not yet reached that decision. We are renovating citizens’ homes, so that they have a place to live, nine families have been placed in alternative accommodation. Other people whose homes were damaged, they are living either with relatives or friends, but this is not a permanent solution.

The commission has so far inspected the most endangered facilities. According to Adamović, they did that according to the information sent by the citizens. The chief, the commander of the staff, demanded from the republic directorate to send engineers to inspect the facilities, assess whether it is safe for the citizens to continue living there. They inspected over 80 buildings, 45 of which were for demolition. 30 have to be renovted and 9 facilities are for partial demolition. After that, teams were formed to perform the assessment, a total of 5. Each team is headed by an engineer from the Republic Directorate for Reconstruction and Construction, two members from the area of ​​our municipality.

So far, 163 facilities have been inspected, of which as many as 114 have damage from the first to the fifth degree, facilities with damage from the third to the fifth degree will have to be renovated. This is a high degree of damage and the damage is estimated in the millions of BAM. As for the money that the Municipality of Kostajnica currently has at its disposal for renovation, 300,000 BAM was paid by the Government of RS for urgent interventions – removing chimneys, repairing roofs so that buildings do not leak, etc., the Council of Ministers of BiH provided 100,000 BAM. Individuals are also giving money, so we currently have about 400,000 BAM in the emergency intervention bank account. Unfortunately, this amount is not nearly enough to repair all the damage. It is not enough to renovate the facilities of public institutions. Maybe it is enough to rehabilitate the high school center, which is attended by children from Kostajnica and neighboring municipalities. The Health Center is in good condition, working smoothly. In order to examine all the damage to the water supply and electricity infrastructure, a special commission will be formed to inspect the water supply and sewerage system, the electric, telephone network, which has not been done yet, Marija Adamović said.

When it comes to Radio Kostajnica itself, as its director explained to us, the current authorities from the municipality, since it worked on the municipal budget, are looking for adequate space, but also solutions for the destroyed equipment.

– We, as a local community, reacted quite well, considering that this is our first earthquake. The headquarters for emergency situations was formed immediately, there is communication between the local media and the headquarters, the citizens are informed about everything, we also have a website, so everything goes through social networks and, of course, on the air, because people are still listening to our radio program. As a small and poor community, we did not have the equipment to repair the damage, we did not have a trained rescue service, we have three firefighters. That is why the Department of Civilian Protection came and they helped us. In the next period, we will work on training the rescue and fire service, and we also need equipment for emergency situations.

Marija Adamović also points out that in terms of production, Kostajnica is strong in the textile and wood industry.

– We also had metal, but not anymore. Other industries have fairly good exports. Private entrepreneurs are represented in the areas of trade and catering. Young people study mainly in Banja Luka. As far as the departure of young people is concerned, we are equal in percentage with other municipalities on the territory of the entire BiH. A lot of people are leaving, not only young but also middle-aged, but also whole families, says the director of Radio Kostajnica.

As Adamović told us, this town has a National Library, which includes a theater in one segment.

– We are a border area, we border Croatia, the EU, in the very center of the city we have a border. In a way, this has led to an increase in the number of young people leaving, but on the other hand, a lot of people from Croatia are users of our services, for example, our department stores and restaurants. When the borders were closed, it greatly affected the results of our businesspeople. The earthquake led to the establishment of good cooperation between our municipality and Kostajnica in Croatia, we even received help from their Red Cross, and local communities from Republika Srpska also helped us. The Youth Club Phoenix also operates in our local community, whose members now work as help on the field, we have the Red Cross, karate sports clubs, basketball, football, Marija Adamović said.