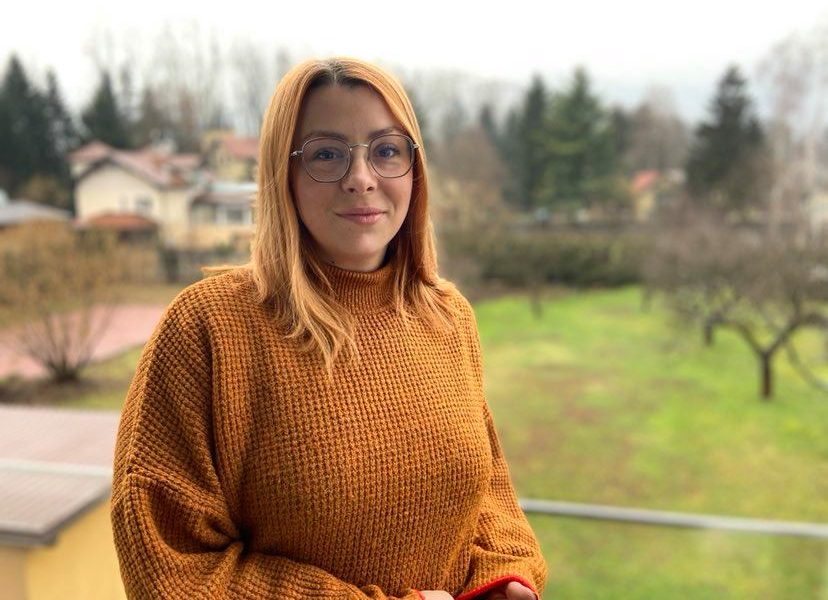 Jasmina Banjalukčić: What a strange year

A year of pandemic, reduced mobility and the Third European Youth Work Convention

In December 2020, the Third European Youth Work Convention was held, at which the Final Declaration of Youth Work “Signposts for the Future” was adopted. The Convention was organized online, as were most of the events in 2020. However, the Convention is not just any event for young people. Continue reading and find out why it is important.

Youth work in Europe through the development of youth work conventions

Nine years after the European Union published the White Paper on Youth, for the first time full focus has been placed on youth work at the First European Youth Work Convention. The first convention was held in Ghent, under the Belgian EU presidency in June 2010. Some of the conclusions from the First Convention, which contributed to the development of youth work in Europe, referred to the recommendations to the Council of Europe for the recognition and further development of non-formal education as well as the promotion of youth mobility. These recommendations were reflected, and were visible in the further development of the program we know today as Erasmus +, and then Youth in Action.

Five years later, in April 2015, in Brussels, approximately 500 participants in the Second European Convention on Youth Work discussed the challenges of youth work in Europe. Guided by what was said at the First Convention, which provided guidelines for work, new guidelines and recommendations were created, which said that Europe needs youth work and that investing in youth work is actually a contribution to the development of society in Europe. Particularly, the Second Convention indicated that the lack of investment in youth work entails three consequences:

This convention has set itself the goal of defining the foundations on which youth work rests and of pointing out its connection and relationship with public policies and the issues that young people face. Although a very challenging task, it was concluded that the foundations of youth work are viewed bilaterally: first, youth work deals with the creation of space for young people and second, it provides links (bridges) in the lives of young people. Guided by these foundations, a set of priorities was defined, which even then included greater support for youth work, both financial support and recognition of youth work by government institutions and pointing out the need for youth work, paid or volunteer, must be high quality.

Finally, the Second Convention highlighted the need to create a European Youth Work Agenda as a strategic framework for further developing and strengthening youth work practices and policies in Europe.

Roadmaps for the future of youth work in Europe

2020 was one of the most challenging years for youth work in the last decade, but certainly not the most unproductive. It was a year when we realized that as youth workers we can work online, that there is a way to adapt working with young people with online tools. We were often dissatisfied with what was the result of our work because we did not see the effect we were achieving directly for young people, in local communities and for society in general. Somehow, we forgot that the effect of working with young people is not immediately visible, that we often see changes years later.

While it is clear and visible that in some countries youth work is supported, politically and financially, in others it is visible that it is a victim of austerity measures and political disinterest. In 2020, the year of the pandemic, this was also significantly more visible than before. It is for this reason that the Third European Convention on Youth Work has exceeded the expectations of youth workers across Europe.

By the decision of the organizing team (Federal Ministry for Family Affairs, Senior Citizens, Women and Youth of Republic of Germany and the National Agency for EU programs Erasmus +, Youth in Action and Solidarity Corps – Jugend für Europa), and due to measures caused by coronavirus, the Third Convention was held in the period December 7 – 10, 2020, under the German Presidency of the EU, where about a thousand participants (youth workers, representatives of government institutions, decision makers, researchers, youth representatives and young people) participated in creating the Final Declaration of Youth Work “Signposts for the Future”. This was a great end to a very challenging year in the youth sector, but also the beginning of a great opportunity for further development and improvement.

The third convention offered participants the opportunity to network, get to know each other, but also to think about what awaits youth work in Europe in the coming years. Namely, this convention did not only refer to the exchange of good practices, presentation of research results and creation of new and inspiring networks. In fact, the primary goal was to start defining a strategy for the implementation of the European Youth Work Agenda, which will enable the development of youth work, but also its sustainability in the coming period. The focus was on actions that will give a more concrete profile to youth work in Europe, its goals and the necessary steps to achieve them.

The European Youth Work Agenda and the Convention seek to ensure that neither youth workers nor youth work disappear from the political agenda. The Final Declaration sets out guidelines and proposals for the implementation of the European Youth Work Agenda. What permeates the entire text and on which the Final Declaration is based refers to the strengthening of youth work policies (youth work) through the inclusion of youth work in youth strategies at all decision-making levels.

It is very important that youth work and work with young people become part of local policies and strategies towards young people, which will be based on research and the real needs of young people from the community. What is emphasized once again is the importance of partnership and cross-sectoral cooperation at all levels of decision-making, because only in this way the full involvement of young people in decision-making processes is ensured, but also appropriate youth support mechanisms are created.

The final declaration of youth work “Signposts for the Future” provided an excellent starting point for further work and development that can ensure the long-term strengthening of youth work at European, national and local levels, and through the European Youth Work Agenda.

What are the roadmaps for the future of youth work in Bosnia and Herzegovina?

It is expected that government institutions in Bosnia and Herzegovina will contribute to the development of the European Youth Work Agenda through their activities in the Council of Europe, but also contribute to the development of youth work in Bosnia and Herzegovina through stronger cooperation with organizations active in the field of youth work.

The Third Convention and the Final Declaration emphasize the importance of:

What is important for the context of Bosnia and Herzegovina is that youth work is not defined through all laws on youth, there are no official networks of youth workers, there are no official networks of organizations dealing with youth work. A network of youth centers has been established in Republika Srpska, but there is still a lack of legislation to enable further development and improvement of the sector. These are the specific challenges we face in BiH, which require all of us to be more involved in order for the youth work we carry out in BiH to be competitive in examples of good practice with neighboring countries, as well as with youth work in Europe.

The final declaration emphasized the importance of creating networks within youth work, associations and unions of youth workers and organizations dealing with youth work. In Bosnia and Herzegovina, we still do not have networks that can contribute to strengthening the role of youth work, but also ensure its quality. Is this the responsibility of the youth sector in BiH? Networking and cooperation of the youth sector in this field is not sufficiently represented, which affects the advocacy process towards the government institutions in BiH as well as the decision makers themselves.

Through the recommendations of the Signposts for the Future, Bosnia and Herzegovina and the youth sector can create a good basis for a better structure of the youth sector, strengthening the role of youth work and non-formal education, but also providing a legal framework to encourage dozens of youth workers. It will be a long way, but if there is cooperation between the institutions of the authorities of Bosnia and Herzegovina, the entities and the Brčko District of BiH with non-governmental organizations working in the field of youth work and youth policy, it is not uncertain that in the coming years highly positioned on the political agendas of all levels of decision-making. We have roadmaps for the future, and it is up to us (government institutions, decision-makers and the youth sector) to use and complement them to ensure better conditions for young people, but also to show responsibility towards future generations of young people, activists and volunteers.

The Institute for Youth Development KULT in cooperation with the German National Agency for European Union Programs – Erasmus + and Youth in Action (Jugend für Europa) is currently working on a translation of the Final Declaration of Youth Work “Signposts for the Future” which will be available on the Institute’s website and on the website of the Third European Youth Work Convention.