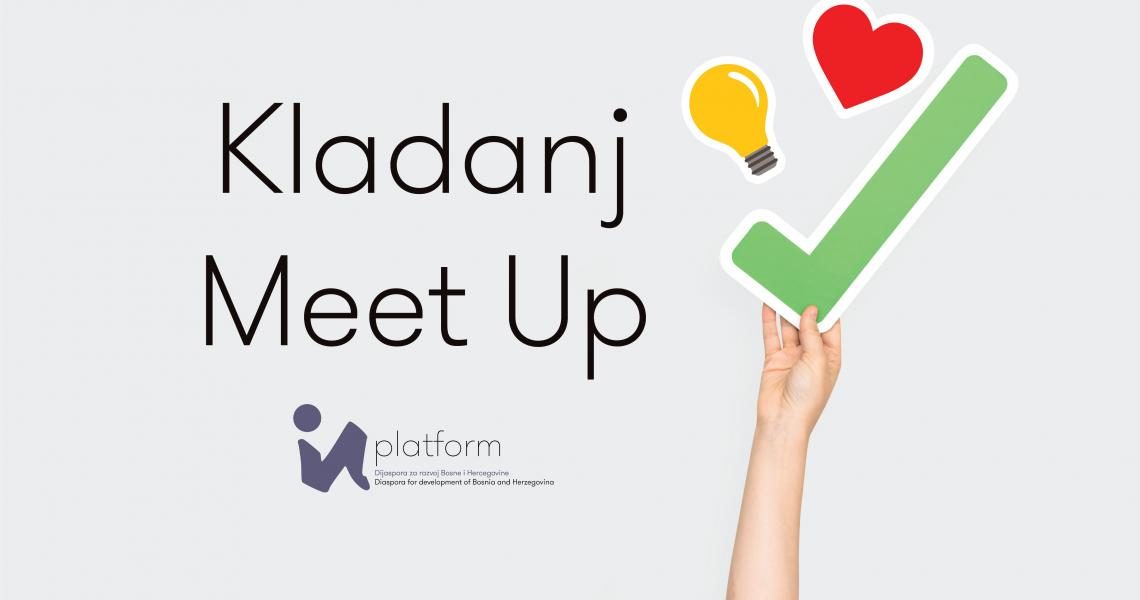 Last Thursday, January 14, 2021, the fourth Kladanj Meet Up was held, which, in addition to numerous participants, was attended by the Mayor of Kladanj, Mr. Jusuf Čavkunović.

As we have announced, we entered the New Year richer for a large number of new participants that attended this Meet Up, so it is important to note that this time we were joined by Mrs. Mediha Kapo living in Atlanta, then Mrs. Dragana Đerić living in the Netherlands, Mrs. Dragana Čaušević, (she moved to Kladanj), representative of the Association “Žena ženi”, Mrs. Meliha Bečić living in Italy and Mr. Amel Jakupović who has been living in Sarajevo for many years.

It is our great pleasure to expand the circle of participants who, in addition to already well-known people and regular participants of Kladanj Meet Up. This year’s first meeting of the Kladanj diaspora was greatly enriched with new participants, who greatly contributed to the continuation of our activities when it comes to this project. Of course, it is important to note that we were pleased with the presence of Mr. Jusuf Čavkunović, the Mayor of Kladanj, with whom the i-platform recently signed a Memorandum of Understanding.

At the beginning of the meeting, the representative of the i-platform and a resident of Kladanj, Ms. Dalida Karabdić, presented implemented activities. Also, Ms. Karabdić said that, as a sign of gratitude for the successfully implemented donor campaign (reconstruction of central heating in the kindergarten “Edina Čamdžić” – the only kindergarten in Kladanj), thank you letters were sent to all donors.

At the same time, Ms. Karabdić presented the activities related to the Association “Žena ženi”, which, according to her, were very successfully implemented. Currently, the biggest problem that the Association is facing is the lack of work space. However, thanks to the project “I love my city” published by the “Tuzla Community Foundation”, funds in the amount of about 2,700 BAM have been provided. The funds will be spent one part on water, sanitation and electrical repairing, while the Municipality, in cooperation with the Public Company Elektroprivreda Bosne i Hercegovine d.d. will work on safe electricity supply for the Association.

Furthermore, a significant donation from the non-profit organization “Patriotski Fenjer Fund” in the amount of 1,200 BAM was also provided to this Association. Also, one laptop was donated to the Association and its hard-working members.

Mrs. Dragana Čaušević, a representative of the Association “Žena ženi”, also addressed the participants of the Meet Up, expressing gratitude for encouraging the members of the Association, improving their everyday life and motivating them to work in general.

The Mayor did not hide his satisfaction with the project “Kladanj Meet Up” launched thanks to the cooperation of the Kladanj diaspora and representatives of the i-platform. “Even though there is still a lot of work to do and the project is still in the beginning phase, I expect a lot in the future from this project,” said Mr. Čavkunović.

Also, Ms. Karabdić pointed out that all participants in the Kladanj Meet Up will participate in finalization of the Action Plan that will define future activities.

Meetings of working groups are also planned for the very end of January. On January 20, using the Zoom application, participants will discuss on the topic “Sports, Youth and Children”, on January 26 participants will provide suggestions on how to improve activities of the Association “Žena ženi”, while on January 28, a discussion on small businesses will be held.

The next Kladanj Meet Up is scheduled for February 11th.

Note: Citing parts or the entire text is allowed only with a clear indication of the source.

Sign up for our newsletter and stay up to date!