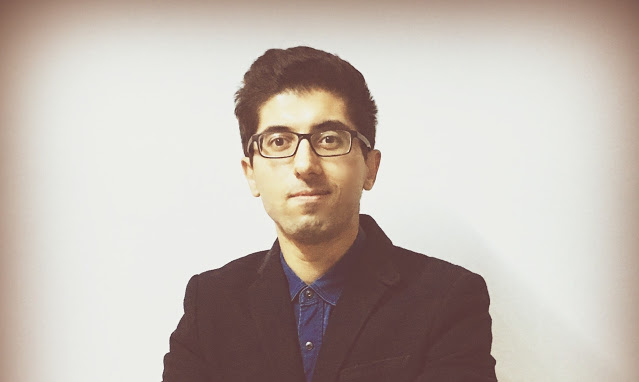 I am good thank you, very busy with the preparation for the 12th edition of the international summit of foreign languages & cultures & the 12th international Festival of Languages & Culture 2021 as well.

2. I would kindly ask you to introduce yourself to the Bellspiration readers?

Well, my name is Anis, I am Algerian Ukrainian, a young scientist & leader, living in France & Romania & I am doing currently my PhD, I finished both my Bachelor & Master’s with honors in Oil & Gas Engineering. In 2013, I finished my bachelor studies in Architecture & town planning and international relations & as well.

Indeed, I speak approximately 13 languages & 9 of them at advanced proficiency level “English-French-Russian-Ukrainian-Italian-Portuguese-Romanian-Swedish-Arabic-German-Polish-Japanese”. I have been involved in many international projects as a researcher, organizer, chair moderator & event manager, or assistant. In brief, I have tried & found myself in many scientific cultural leadership positions.

In fact, I have been teaching foreign languages for many years, since 2010, I am known as a creative tutor with fast teaching methods & and a strict examiner, but since 2014 I have coordinated & taught at Institut Français, Cervantes, Instituto Italiano di cultural, British council, … etc. & I have founded the International language center as well in 2013.

During my university education, I have been engaged in different positions in the student council as president, vice president of the student council & parliament. Together with a team of students, we have started the university radio station in 2015, where I could host many interesting programs. It took a lot of time for me to be well prepared. I hosted also many events, conferences & hosted many shows at the Radio Kiss FM.

Mainly, I cannot deny that I used to study & work well and for me excellence & remaining at the top was very important. On the other hand, I love conferences & social life, I like meeting new people & sharing new views, using my critical analysis & funny side. I have many friends & I collaborated with many people & organizations. I have been selected in two projects in 2016 & 2018 as a youth ambassador for culture & creativity. My carrier of collaboration started with university professors.

Additionally, I am a referee in Karate DO with the black belt “1st DAN” & I represent the society of petroleum Engineers since 2012, an international organization. In 2018, in Moscow, I have been representing Francophonia as coordinator & president for many years.

Yes, I am working hard on a very nice creative edition this year as usual with a big international team. This edition is really special because it is going to be fully online with guest speakers or guests from all over the world.

I have a very good team. In 2010, when I first started working as a language tutor, I was creating something new almost every time and then I came with an idea to invite some international students together with my students to celebrate the International Mother Tongue Day on Feb 21st and host it as a speaking round table with drinks & cake. Slowly, the event every year has grown from a club event to a conference in 2012 to a conference & seminar from 2013. In 2020, it became a summit which celebrates & focuses on language diversity in the world by giving an opportunity for presentations and new research topics related to languages.

It is not easy to organize an event and save its copyright from fraud & plagiarism, that’s why I am doing my best, because I think nobody wants to have a summit with plagiarized editions??

I used to organize this summit as a seminar and conference at my university and the language institutes where I work. It was a good opportunity for language learners to learn about countries & international cultures and practice the language in an international atmosphere by talking to people from all the world during Skype calls. Today, it is the same, but it is a summit, not a conference. It gathers more international people & friends that don’t attend my classes, and they present their languages and cultures.

4. What is the meaning of a language to you? In your opinion, is it important to reflect one’s language and culture and spread wherever he/she is? Is globalization a threat to local languages, for example, globalization turned English into becoming an international language all around the world?

In my opinion, the meaning of a language is huge. It means culture, history, people because according to my experience if you don’t respect the language culture, you cannot learn the language & speak it.

5. What motivates you in life? What inspires you the most?

Everything positive is nice & working on future full of surprises for our generation and the new ones, we can change the world if we are motivated, but also if we motivate others. I am inspired by creativity & technology, but my biggest inspiration are my parents.

6. Do you have an inspiring message for all young people all around the world?

Yes, I do, “Live your life & respect all cultures, live life to the fullest, because some opportunities in life happen only once and might not come again if you don’t use live now. “

7. Thank you from the bottom of my heart for this Bellspiration interview! Good luck and see you soon!