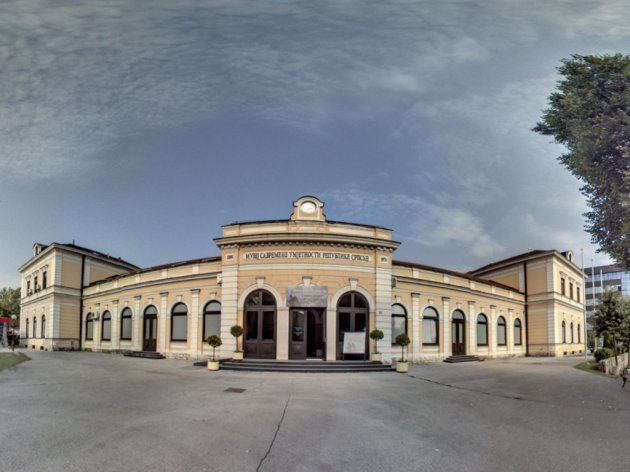 The Museum of Contemporary Art of the Republika Srpska is celebrating 50 years of existence, and on that occasion, in this cultural institution, an exhibition titled “From Gallery to Museum” will be opened on Thursday.

– This is a documentary multimedia exhibition, which consists of a selection of rich and diverse museum documentation collected during this period (photographs, newspaper articles, posters, videos and publications) as well as a selection of works from the museum collection. The exhibition is designed with the aim of showing the history and activities of the institution during the previous five decades, through several thematic units, since its beginning until today – said representatives of the Museum of Contemporary Art of Republika Srpska.

The story of the institution begins with rare photographic material related to the “Action of Solidarity” of Yugoslav and world artists, launched after the catastrophic earthquake that hit Banja Luka in 1969, which preceded the founding of the Art Gallery in 1971. The ceremony organized on the occasion of the opening of the Art Gallery in the building of the old railway station and the first permanent exhibition on April 22, 1981, will be shown as well.

Special attention was paid to the presentation of the Autumn Salon – an art event of a biennial character, extremely important in the former Yugoslavia, organized by the Art Gallery and the House of Culture in Banja Luka, in the period from 1962 to 1992.

The activity of the institution since its renaming into the Museum of Contemporary Art of Republika Srpska in 2004, was presented by the most important exhibitions related to the intensive encouragement of contemporary art practices in this area, thanks to which a very lively and dynamic contemporary scene was activated, announced a representative of the City of Banja Luka.

The most important project of the Museum so far is the organization, production and presentation of the Pavilion of Bosnia and Herzegovina at the Venice Biennale in 2013 and 2017, as well as the presentation of the Museum’s foreign collection within the exhibition “Punktumi” in 2018 to mark the “European Year of Cultural Heritage” Delegations of the European Union in BiH and the UNESCO Regional Bureau for Science and Culture in Europe, as well as exhibitions of world famous artists, which were realized in cooperation with the British and American Embassies in BiH.

The exhibition also presented work with inclusive groups, through a specialized exhibition for blind and partially sighted people “Space, shape, touch”, realized in 2015 with the aim of contributing to the integration of blind and partially sighted people in specially designed programs and modern museological presentation of cultural life of our environment.