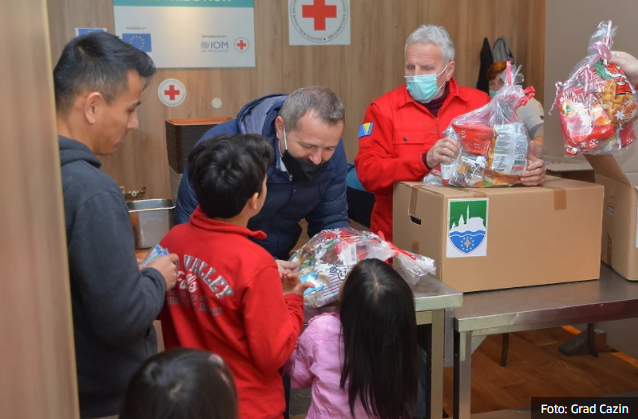 While the migrant crisis is ongoing in Una-Sana Canton and the authorities of this Canton are sending appeals for fair treatment and help, Krajina residents decided to show that they still care for the migrants residing in Bosnia and Herzegovina. There are five migrant camps in this Canton, one of them is located at the former hotel “Sedra”, which serves as accommodation center for migrant families with children.

Last week, the mayor of city of Cazin, Nermin Ogrešević, visited the center for migrant families in the “Sedra” camp. On that occasion, the mayor, on behalf of the citizens of Cazin, provided New Year gifts for 182 children.

“We saw that the camp is well organized and that there are a lot of activities for children and parents and we are happy that everything is well-organized. I would like to point out that this is the first camp for migrants that has been opened in Bosnia and Herzegovina and that we, as a local community, have given our contribution and support for taking care of the most vulnerable categories of the migrant population. This is manifested through projects that are currently being implemented, such as improvement of the water supply network in this area, but also organizing school activities for children in cooperation with the elementary school Ostrožac. We are sensitive to human suffering. We understand very well the problems of these people and all we ask from our country is to be well-organized. The solution to this crisis is not to transfer all the burden only to the Una-Sana Canton, because we cannot bear that burden,” said Mayor Ogrešević.

According to Alma Dizdarević, the head of the Center and representative of the IOM, 365 people are currently accommodated in the “Sedra” camp, which has a total capacity of 430 people. All residents of the camp are provided with numerous social and sports activities, three meals a day, health care and the opportunity to attend classes at the elementary school Ostrožac.

“Families with children are accommodated here and we can say that their accommodation is approximately well arranged when we compare it with all other accommodation in the Una-Sana Canton or Bosnia and Herzegovina. The New Year gifts for the youngest are a wonderful gesture for which I thank the Mayor and the City of Cazin because, as you can see, the gifts brought great joy to children. We sincerely hope that the country mechanisms will be improved as soon as possible and that the accommodation of other migrants, with the help of the country, our help and the help of citizens of Europe, will be approximately the same as here,” said Husein Kličić, President of the Una-Sana Canton Red Cross.

Among the 182 children residing in the migrant camp “Sedra”, there are 55 unaccompanied minors. The average stay in this camp is 115 days, although some of the families have been accommodated here since the establishment of the Center, i.e., for the last three years. 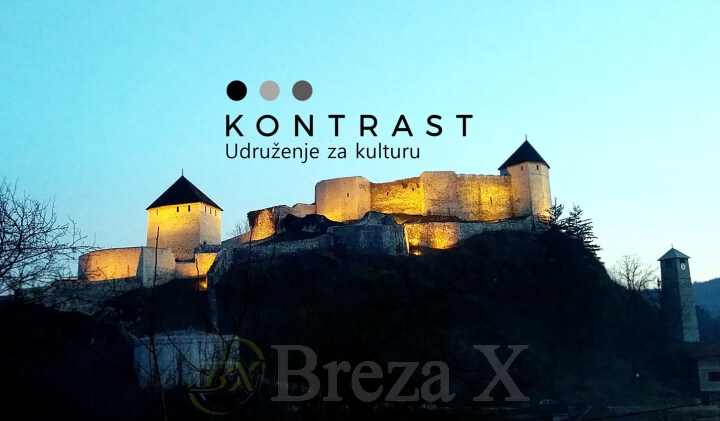 Conditions: 1. Elementary school students from 6th to 9th grade from the area of ​​Zenica-Doboj Canton have the right to participate 2. One student can send only one paper on one of the proposed topics 3. The length of the text must not exceed three tabs 4. Write works (poetry or prose) on the following topics: Friendship […] 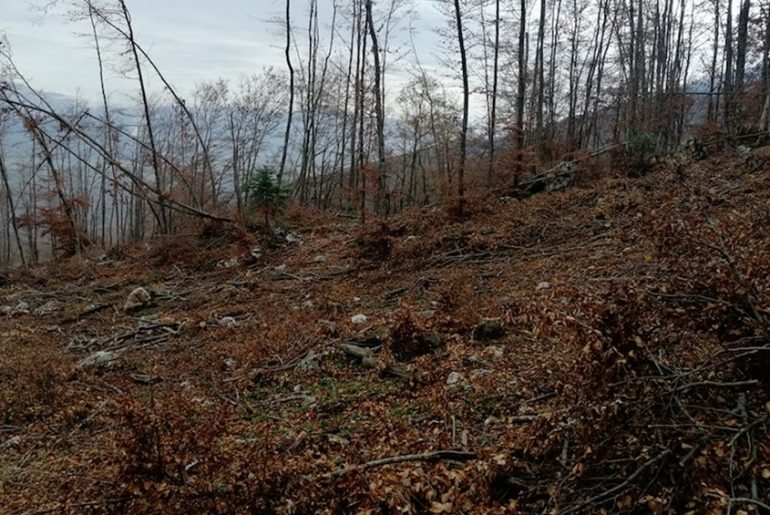 Gacko: Forest and money taken away by illegal logging

For years, in the mountain Bjelašnica, in the area of ​​the Forest Farm “Botin” Nevesinje, illegal logging took place without an adequate reaction from the authorities. The result is a bare felling in three suits, from which, experts say resignedly, in the next hundred years, there will be almost no trees to be cut down. By: Milanka[…]