Home No small hydroelectric power plants on Neretva and Igaščica without permits – another victory for the environment! 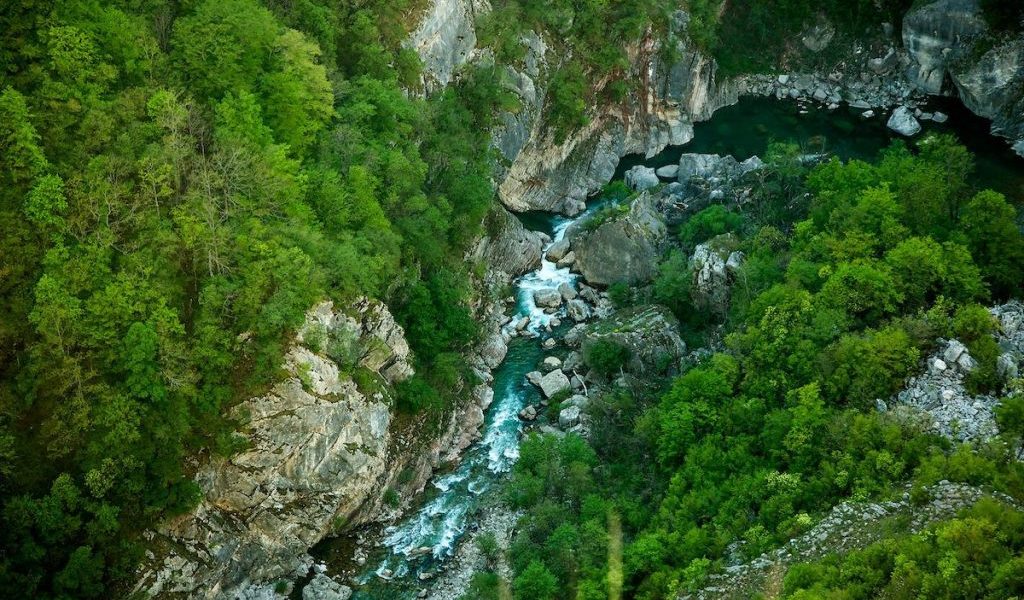 No small hydroelectric power plants on Neretva and Igaščica without permits – another victory for the environment!

On January 28, 2021, the District Court in Banja Luka issued a positive verdict for the defense of the rivers Neretva and Igaščica, which accepted the lawsuit filed by the Center for the Environment prepared in cooperation with the Aarhus Center in BiH. The Court annulled the disputed decision of the Ministry of Physical Planning and ecology of RS, which is the holder of the project of the Small Hydro Power Plant “Marvel” Ltd. Kalinovik. The aforementioned decision released from the obligation to prepare an Environmental Impact Study for the Hydropower System (HES) “Gornja Neretva” Phase I, which includes the construction of SHPP Grebenac Ušće, SHPP Mjedenik and SHPP Igrašica on the rivers Neretva and Igaščica in the municipality of Gacko.

This verdict means that the Ministry will have to issue a new decision ordering the preparation of the Environmental Impact Study. The study will be available to the public, professional and general public will have the opportunity to present their comments, suggestions and remarks. During this time, the investor must not start construction until it has secured all the necessary permits such as environmental, urban and construction permits, provided that the Environmental Impact Study is approved.

“We welcome this verdict, because it indicates all the negatives of the Ministry’s biased behavior in such cases, which can be detrimental to the environment, and imposes the obligation to examine the impact of the project on nature before obtaining any permits. With the hope that we will have more similar verdicts, I am sure that we will defend our rivers from the invasion of individuals who are fighting only for their profit”, said Nina Kreševljaković, legal advisor of the Aarhus Center in BiH.

As it was confirmed by the court verdict, the Ministry did not act in accordance with the law when it obtained the disputed decision, because it only states that the submitted documentation was analyzed and that opinions were considered, and that it was determined that the hydropower system in question would not have a significant impact on environment. However, there are no reasons and evidence that indicate the legality of the opinion, and thus the decision. The court ultimately finds that not only was there an incomplete and incorrectly established factual situation and incorrect application of substantive law, but that the disputed decision contains shortcomings that prevent the assessment of its legality in an administrative dispute before the court.

What the court also considered disputable is the fact that the Ministry stated in the disputed act that the hydropower system will not have a significant impact on the environment, taking into account all submitted opinions, despite the fact that one of the submitted opinions by the Institute for Cultural and Historical Protection and Natural Heritage of RS are cited by numerous negative impacts of this hydropower system on the environment in this area. The opinion mentions that this hydropower system will lead to a change in the landscape and impact aquatic ecosystems, and that there will be a change in nature in terms of environmental value.

Also, the upper course of the Neretva River from Ulog to the springs is one of the largest, most important and best preserved habitats of brown trout Salmo truutta Lennaeus, and one of the most important measures to protect and preserve the area is the protection of special habitats. Ultimately, the Institute states that the construction of the hydropower facility of the HES “Gornja Neretva” Phase I is contrary to the principles of nature conservation and protection, which the court particularly appreciated in reaching its verdict.

The court states that “the Ministry in its decision combined opinions that are incompatible, saying that the hydropower system in question will allegedly not have a significant impact on the environment, but that it also strictly respects all the above opinions, including the opinion of the Institute.”

For all the above reasons, the Court ordered that the disputed decision of the Ministry be annulled and a new administrative act has to be passed, taking into account the legal understanding and remarks of the Court.