Home Ado Hasanović: Why I made a documentary about the first Pride March in Bosnia and Herzegovina 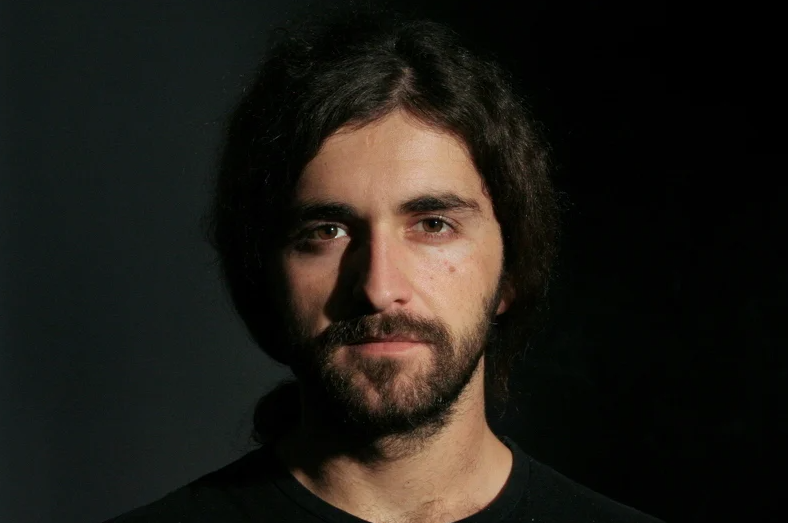 Ado Hasanović: Why I made a documentary about the first Pride March in Bosnia and Herzegovina

Ado Hasanović, a director from Bosnia and Herzegovina (BiH) presented to the public the short documentary film “Let there be colour”, which deals with the topic of the first Pride March in BiH held in Sarajevo last year. The film will soon be shown in ten cities in BiH.

After several high-quality films and numerous recognitions and awards for them, Hasanović premiered the film “Let there be colour”. The film questions the attitudes of citizens before, during and after the first Pride March. All those who appear in this film spoke openly and honestly. The director pointed out that the film does not condemn anyone.

“I wanted to make a story from the point of view of an open-minded person. So far, more than 20 film festivals, mostly those dealing with human rights, have selected this film and we won the award in Istanbul at the Andromeda Film Festival,” he said.

The responsibility of artists is to show inconsistencies in society, at least that is what Luis Buñuel said: “In every society, artists have a great responsibility. Neither writers nor painters can change the world, but they can point out the inconsistencies in society. Thanks to them, the powerful can never affirm that everyone agrees with their acts. That small difference is important.” Said Hasanović, emphasizing that this quote guides him through his work.

“According to surveys conducted last year, 58% of citizens in BiH were against the Pride March, and only 2% of citizens supported it. The others were neutral. We had the opportunity to see wide-spread online violence against members of the LGBT community. There was nervousness and tension. That’s when I decided to take the camera and make a film that deals with fundamental human rights,” Hasanović said.

Hasanović has worked on films that question social issues before. “Let there be colour” does not differ too much from his previous work. Differences can only be found in the style of shooting and directing.

“As the title describes – “Let there be colour”, this is a film about differences and contrasts in our country. I was the narrator in this film, unlike previous projects. At first, I recorded the voice because I wanted to improve the editing process. But later I got a lot of positive comments, colleagues convinced me that my voice should be in the film. The combination of the voice of the citizens and my narration tell the story of the first Pride March in BiH”, Hasanović said.

He points out that this was one of the most challenging films he has worked on. However, he is very happy because he has been rewarded with great reviews. Hasanović hopes that people’s perceptions of the LGBT population will change in the future, because everyone should be equal and no one should be exposed to violence.

“Everyone has the right to their opinion, but there should be no violence. We know what happened before when groups of people separated and declared themselves different. I think that we do not need that and that we should live in a community, fighting for all of us”, Hasanović said.

The project was supported by the Bosnia and Herzegovina Resilience Initiative (BHRI) program, implemented by the International Organization for Migration (IOM), with financial support from the United States Agency for International Development (USAID).

The film will soon be shown in ten cities across BiH – Banja Luka, Prijedor, Donji Vakuf, Brčko, Bihać, Zvornik, Sarajevo, Tuzla, Zenica and Mostar: “We want to bring the film to these cities, watch it with the audience and discuss about it”.

Hasanović finally says that he has just finished the new documentary “Dreaming Europe”, which is a film that talks about the pandemic and the first lockdown in Italy.

“The story is told from the point of view of an ordinary teenager. The film also includes students from the Elementary School “Grbavica II”, who stayed in Milan at the end of February on the Peace Campus. They were the first in BiH to be in quarantine. The shooting of this film was a special experience because, through my work on this film, I felt my approach to making a documentary film was changing,” he says, adding that the shooting of the film was supported by the European Parliament’s office in Milan.

It is worth emphasizing that Hasanović has been working as the artistic director of the Passaggi d’Autore: Intrecci mediterranei festival (Steps of the author: Mediterranean Encounters) in Italy for the last five years.

“The films will be available on our online platform Festival Scope from December 3-15, 2020, and all meetings and interviews will be available on the website. I want to emphasize that we have been cooperating with the Sarajevo Film Festival for three years now, and we will show five short films in that section as well”, Hasanović said.