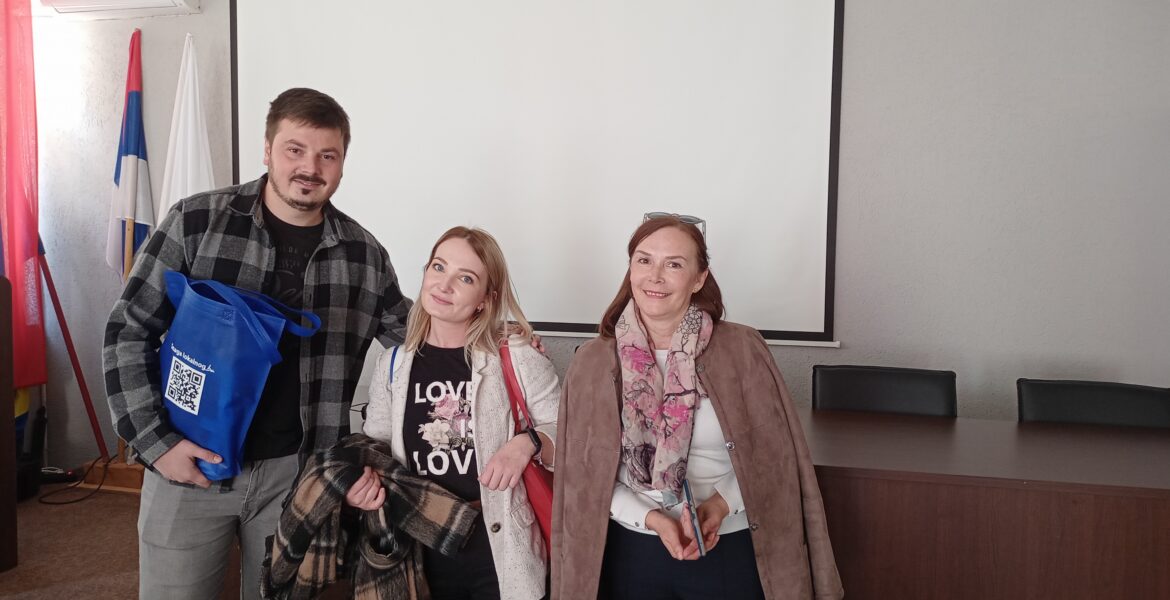 It’s Friday night. You are thinking about whether to stay at home, go out, go to the cinema or the theater. Sometimes it seems that you don’t have enough content, but imagine how would you feel if you couldn’t go to the cinema or the theater for months. And not because you are forbidden to do so but because you have nowhere to go. This is the life of less than 8,000 inhabitants of the Rudo Municipality. Cultural and social life hardly exists, but thanks to the work of the Center for Cultural and Educational Activities “Prosvjeta”, cultural life still exists in Rudo. The already modest cultural life in Rudo was further set back by the coronavirus pandemic. Before the pandemic, a film screening was organized once a month in the hall of the Center in cooperation with “Oscar Film” from Banja Luka. Now, film screenings are rarely organized. Rare film screenings, with the technical support of the “Oscar Film”, are shown on the screen of the Center. Due to the lack of technical conditions, the institution that is the bearer of cultural life is not able to show films independently.

Drasko Spasojevic, one of the six employees of the Center for Culture, says that there is a much greater need for plays because young people have no interest in watching movies that they can watch on the Internet. Most young people in Bosnia and Herzegovina need better opportunities, better education, some dream of cars, new phones, travel, but young people in Rudo need what young people in other local communities may not need – a theater play.

“The last time the play was played here was in November,” says Spasojevic, who tries to feel the pulse of young people every day. He listens to their problem and needs. The Center for Culture also has a drama section, but it mainly operates during cultural events, which are available in Rudo, but not enough. High school students are part of plays of the drama club, so it is possible to watch a professional play in Rudo only when a theater is a guest.

All cultural events under one roof – the Center for Culture

“We are trying to help them. We provide them free space where they can work. They don’t even pay for utilities, and the internet is free,”says Lucic.

The Center is a haven for all those who want to create, and for that they need space and support. But it is a real blessing that this facility, built in the last millennium, survives. In addition to financial challenges, the problem for years were installations, half a century old windows and roof. Through the efforts of the Center and the Municipality, the building was partially reconstructed in 2020 within the UNDP project, when the electrical network was renewed, windows and roof were replaced.

“If the reconstruction had not taken place, the safety of the building would have been in question, the risk of fire has been eliminated, it is much warmer and energy efficiency is better, the indoor environment is better for certain activities,” said Ilija Lucic to the representatives of the Local Works Program. He says that the reconstruction of the facility is not final, and first, according to him, the chairs in the big hall of the Center should be renovated.

According to Lucic, the Center is on the verge of functioning because Rudo is a specific municipality: it is underdeveloped, in the border area where many residents have dual citizenship with Serbia, so they send their children to school in Priboj because they get subsidies there.

“The departure of young people is evident”, adds our interviewee, estimating that Rudo would come to life by starting any kind of production.

Spasojevic, who is the artistic director of the Center, says that this institution tries to offer as much content as possible to the residents of Rudo, and one of the goals is for their community to be visited by famous actors and writers during the year. They would like to be able to cooperate with several cultural organizations, but they lack funds and accommodation capacities, considering that there is no hotel accommodation in Rudo that could be a chance for the development of tourist potentials. Young people in Rudo do not have many opportunities to lead a rich cultural life off the Internet, but they do have the opportunity to create it.

“When we plan cultural events, we always consult with school principals, who consult with teachers, professors and teachers who ask students what they need,” says Spasojevic.

One of the most visited events is the Miloš Vidaković Literary Event, which has been held since 2000. Over time, the event has expanded to three days, which includes an exhibition, book promotion, and literary evening. The highlight of the event is the academy whose guests are writers and actors.

“During that period, everything is livelier. This event is ranked among the 10 best literary events in the Republika Srpska”, Lucic says proudly.

The event closes with a folklore evening during which, in addition to the local club, folklore clubs from other municipalities also participate.

“KUDs attract the most attention. Everyone comes to see their brother, sister, cousin, children. It is the most visited event”, says the director of the Center for Culture.

The Day of the Rudo Municipality is also one of the most important events. It lasts for several days, and 8th of March as well as religious holidays are also occasions when cultural content comes to life again. Although there is no continuity in the cultural content in the Municipality, they try to schedule activities every month.

“The House of Culture is constantly trying to have some events. In February we organized an ethno festival – a gathering of singing groups from Bosnia and Herzegovina, Serbia, Montenegro. It is a very popular event,” said Lucic.

The House of Culture has a good cooperation with the Dis Theater from Banja Luka, which organized the Amateur Theater Olympics in Rudo two years ago.

“Every day there were two performances in the repertoire. We were the hosts”, Lucic points out.

They are open to cooperation with other theaters, but they are aware that they should be provided with financial resources and accommodation, and that is what they need the most. Although they get funding from the public budget, the funds at their disposal are not enough, so they regularly follow public calls. Many contents are financed by the entity ministries, but also by the Government of Serbia.

The Municipality supports every useful idea

The Municipality will gladly help any initiative that is useful for the social community. It was the same with the project of reconstruction of the building of the Center for Culture, but also with other projects, especially those that bring new employment. Jelena Salipur, project manager employed at the Rudo Municipality, explains that a cooperative dealing with the purchase of raspberries and placement on the market has come to life in Rudo. The Municipality, together with the cooperative, started and equipped a mini cheese factory that processes and produces cream.

He adds that the Rudo Municipality is open for cooperation with local non-governmental organizations. They participate in programs that they can contribute to, which resulted in a very successful cooperation. However, most projects are implemented through UNDP. Caritas is also a reliable partner that supports programs for economic empowerment of households and small businesses. Last year, 12 households received direct assistance through Caritas, and significant assistance through the Mozaik Foundation’s Youth Banks program.

The citizens of Rudo get along very well, and this has been proven by the forum for local communities through which they propose projects for which they need support. Although everyone had their own idea that needed support, in the end they agreed that the most important thing was to finance the purchase of an ultrasound device.

“There is communication and openness in the community, everyone feels free to present their ideas and demands, the Municipality itself takes initiatives and communicates with NGOs, citizens and the business sector,” said Salipur, adding that Caritas’s assistance in financing of retraining of citizens is significant. Thus, the Municipality and Caritas supported the retraining of workers for the water production plant, which should start operating soon.

Apart from the cultural life, the Municipality also lacks employment opportunities. There is a will for progress, but investments are needed in: culture, facilities for cultural activities, employment. Rudo is often abandoned by its residents, but those who remain do not give up on their local community, but actively seek opportunities and projects that could finance: the renovation of the hall in the Cultural Center, organizing several events and starting production. 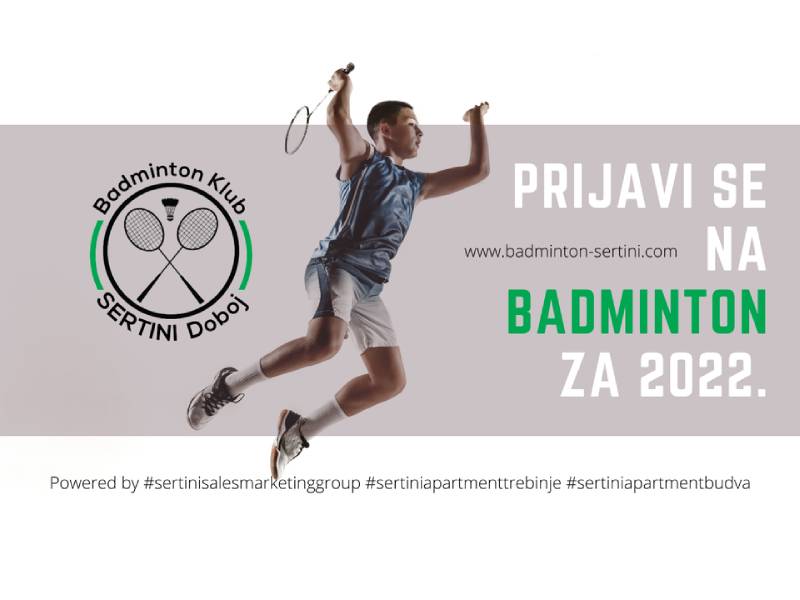 Within the sports and recreational badminton playing project, we are trying to bring sports closer to as many inhabitants of the Doboj Region as possible. What separates “BK SERTINI” from other clubs is the socialization of members, active socializing after trainings, promotion of family sports and recreational activities, inclusion of women and girls in sports, and affirmation […] 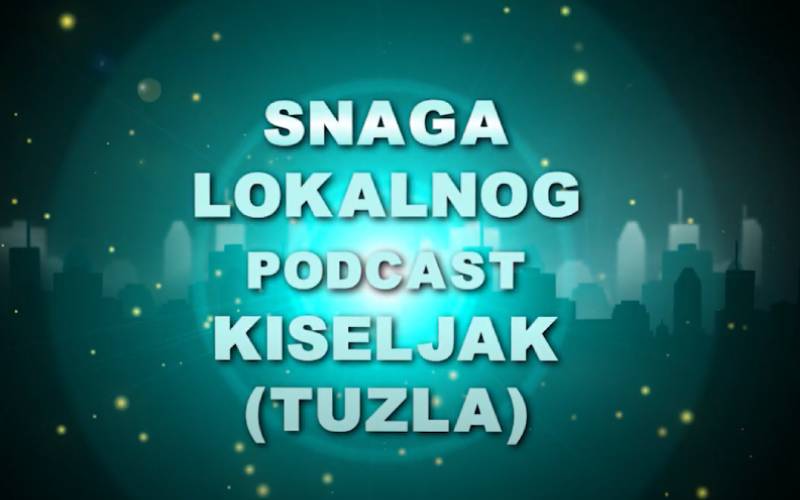 Welcome to the seventh episode of the Local Works podcast produced by the Network for Building Peace and the Foundation for Creative Development (FKR). This time we visited Kiseljak near Tuzla to present all the potentials it has. The LOCAL WORKS podcast show follows a five-year project that aims to network all existing and new initiatives aimed[…]