Home The first woman in Bosnia and Herzegovina with the AFIAP title: Authenticity is important 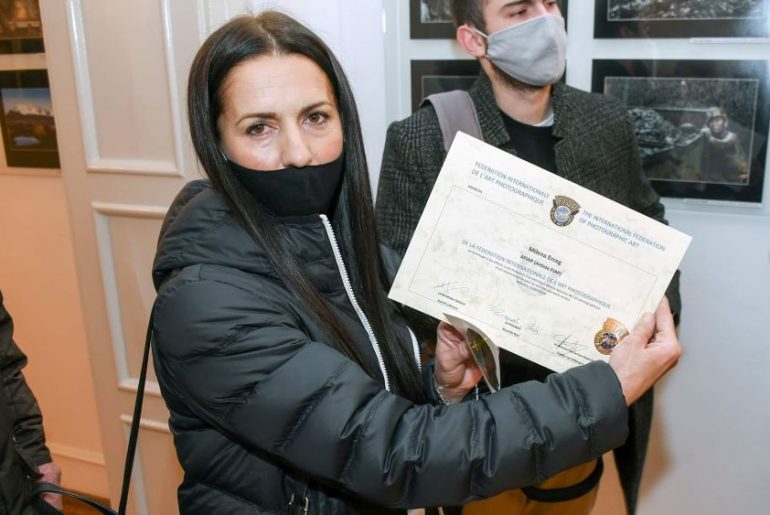 The first woman in Bosnia and Herzegovina with the AFIAP title: Authenticity is important

Milena Erceg from Gradiška, recently became the first woman in BiH to receive the honorary title of the International Federation of Photographic Art – AFIAP. This recognition is given only to artists who master the technique perfectly.

In order to pay tribute to prominent artists in the field of photography, the International Federation of Photographic Art (FIAP) has established honorary titles, ranked by category, and one of those titles is AFIAP. As Milena tells us, this is a confirmation of work and participation in international exhibitions under FIAP patronage.

“For example, five photographs must have three receptions at five different exhibitions. The path of engaging in art photography is my own choice. All those who work with and love photography can opt for something like this”, she says in an interview for eTrafika.

As a little girl, Milena loved photography, and in elementary school she was a member of the school photo club for a while. From that period, she has photographs from the film made on an analog camera. Every day she improved more and more, and introduced modern technologies into her work.

“I think that today many photographers like to be exposed to good photographic equipment and a large number of followers and likes on social networks. Also, very few of them are interested in learning what photography really is. Most people find my way boring, because they are used to photos on social networks, especially Instagram profiles,” she points out.

She notes that many women are less able to work with technology, and she recommends that everyone who wants to work with photography to take a basic course.

“It is necessary because today’s technology is included in everything, and photographers should still know what they need from the technical elements. It is also important, as well as the creation of the artwork itself,” she explained.

She is a regular participant in the “Goran Terzić” Memorial Photo Contest, where she won two awards last year. Milena is also a member of the University Photo-Cinema Club Banja Luka. She believes that it is very important for an author, who deals with art photography, to be a part of the story, a club and a group of people who have been in photography for many years. People from the club are always there to help, give advice, analyze works and give criticism, if necessary.

“For me personally, all that contributed to reaching this level where I am now. I am especially grateful to the leading members as well as other colleagues from the club. What I find especially important, both in my photos and in other photos, is that they strive for authenticity. For that reason, I like to photograph the reality of everyday life. Spontaneous moments with people without posing and scenography, can bring out the story with additional emotion,” she said.

For this artist, the greatest charm that a photographer’s job brings with it is well-taken photography. She points out that she does not do photography commercially, but out of love, and that beautiful photography is the best reward for her. Milena does not particularly prefer any genre or motif in her creative work, but she insists that it should be authentic, and therefore recognizable. This is obviously Milena’s formula for success, because she has won numerous awards so far.

“Despite the fact that I have many awards, my favorite is my first award, which I won at the Bosnian-Herzegovinian exhibition in Vitez, the second place for the portrait of the girl ‘Vladana’. I would like to advise to all young photographers, for whom photography is love, to choose the right path in that direction. Also, first learn something about the photo itself, and through that you will realize that a good photo is not in the equipment itself, but in the mind of the observer”, said Milena at the end.