Home Collapse of small businesses and crafts: People do not visit Goražde, there is no trade in goods 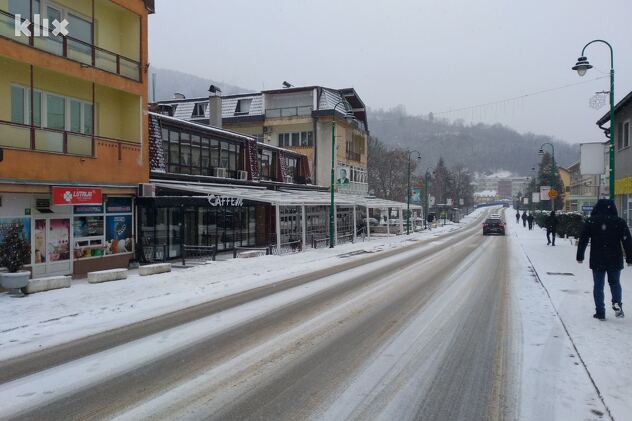 Collapse of small businesses and crafts: People do not visit Goražde, there is no trade in goods

About 280 registered trades with a total of more than 600 employees in Goražde is in a very difficult situation after a difficult last year because of large losses in profit and trade in goods.

Caterers in Goražde point out that they are on the verge of collapse.

“The situation is unbearable. If they don’t help us, we will have to lay off our employees and most likely protest. Caterers are in a more difficult situation than during the full lockdown in March, because then they believed that the pandemic would not last and that better days were coming. We have been working with restrictions for months, many do not visit the premises due to the pandemic and lack of money. We can’t even pay salaries, about 60 percent of those who applied for funds (public call) were rejected because of one paper”, says Armin Pišmo, president of the Association of Caterers.

Decline in turnover and lack of funds

Compared to other cantons, caterers in Goražde are not in the same position, because in addition to higher traffic in Sarajevo, for example, they have a number of other benefits from the government.

“They do not pay outdoor premises of their catering facilities, as well as the communal taxes, they did not receive the bills. Someone provided better benefits to them than to us, even though we live in the same country. Unfortunately, everything is done to the detriment of the catering industry in our country, and instead of attracting people to this city, the opposite is being done,” Pišmo said.

Crafts are slowly disappearing, and in the last few months some of the tailoring and shoe shops have been closed. Adisa Dragolj, the owner of the “Super” photo shop, is also struggling for survival on the market every day.

In December 2019, she had over 20 orders for photo shooting and making of video material, and in the same month last year, only three.

“My child has three children and an unemployed husband. Imagine what it’s like when five people survive in one store, and when you don’t have a job, then it’s really hard”, says Adisa.

Ahmed Popović, the owner of the craft shop “Pop Inox”, which even in the midst of the pandemic was making disinfection tunnels for the needs of public institutions, is considering deregistering his business today.

“We have reduced movement of people and goods, we have no diaspora, everything is closed. In order for the trades that financed themselves last year to survive, there must be greater support for the government”, believes Popović.

Haris Vučinić, the owner of the company “Sigma Plast”, which did not have a work ban, points out that the decline in business is noticeable and that the turnover is lower by almost 140,000 BAM, which would even affect much larger companies.

“In nine years, we have received 1,400 BAM of incentives, and we are still not asking for incentives, but we are asking the authorities to make all of this little more serious, to understand that the economy and turnover are branches that keep everything on their shoulders. Every crisis is a chance and I would be ready to take risks, expand production and hire new workers when there would be some understanding from the authorities. Maybe negotiate favorable loans with banks, whether the city or the canton, it is irrelevant, some incentives must be provided to business,” Vučinić said.

“A number of business survived last year without closing because of these incentives. At the annual level, the government allocated 50 to 60,000 BAM for small business, while last year they paid over 2 million BAM to the country in forms of different taxes. That was not a problem, it was normal economic climate and it was possible. Now they are in need and are rightly asking the government to help them. When there is a crisis, priorities should be set and everyone should bear the burden equally. However, certain categories are looking for a salary increase at the moment (civil servants). Unfortunately, we also have people who run ministries as if it were their private property, everyone is fighting for their own. The reason why small businesspeople are frustrated is because they have been allocating funds for years and once when they got into a difficult situation, the government is not providing any help. Something will have to change. People have had enough and if the authorities do not hear my voice today, I am afraid they will soon hear hundreds of voices. There are people who are ashamed to admit it, but they do not even have enough funds to pay their bills”, says Nihad Ćulov, president of the Chamber of Crafts of BPC Goražde.

They are also outraged by the fact that this situation is forcing people to leave Goražde, and they do not want to be one of those who will have to leave this area because they cannot earn enough money for their bills.

“I want to walk with my grandchildren here, not watch and talk with them on Skype,” says Haris Vučinić.