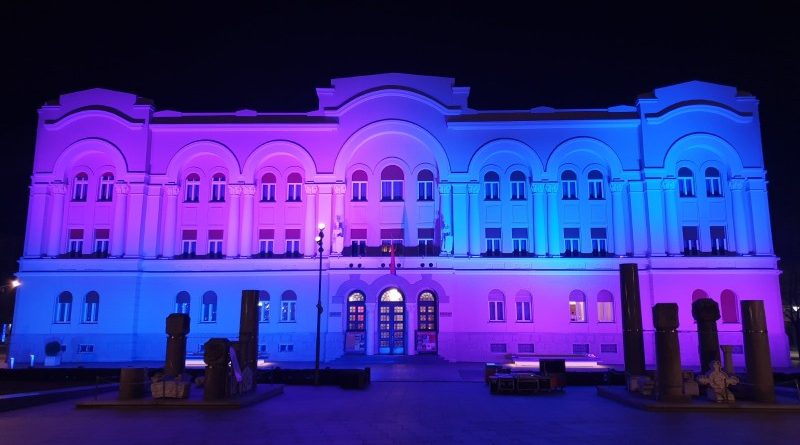 Last night, from 18:30 to 21:30, the City Administration building and the Banski dvor building were illuminated.

The International Day of Rare Diseases is officially celebrated on February 29. That day was chosen because of its rare occurrence in the calendar, and rare diseases happen even less frequently than February 29. During leap years, the commemoration is transferred to February 28, i.e., to the last day in February.