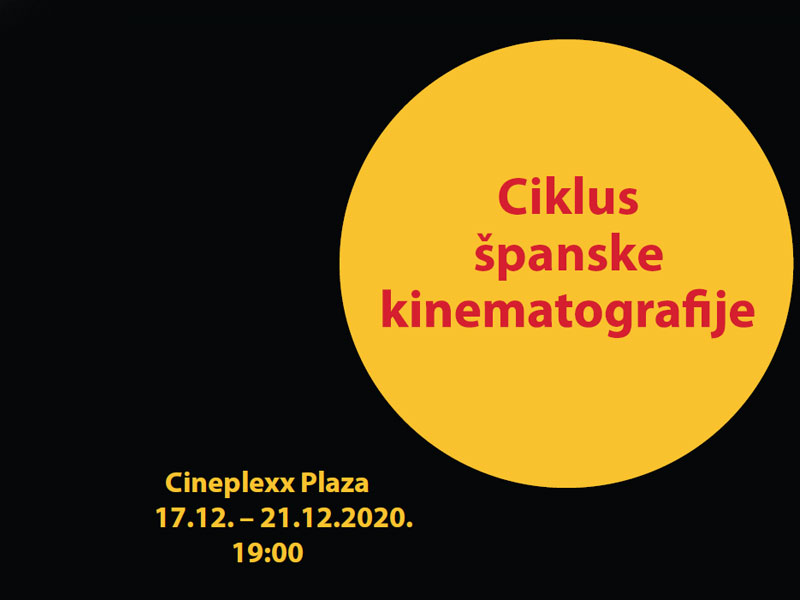 The Cycle of Spanish film industry

The Embassy of Spain in Bosnia and Herzegovina is pleased to invite you to the Cycle of Spanish film industry, which will be held in Mostar from December 17 – 21.

Screenings will be held at the Cineplexx Plaza Cinema beginning at 7 PM.

Entrance to the screenings is free of charge.

The following films will be screened during the week: Thesis (Alejandro Amenábar, 1996), Martín (H) (Adolfo Aristarain, 1997), It’s Easy to Live with Your Eyes Closed (David Trueba, 2013), Remembering Water (Matías Bize, 2015) and Soldiers of Salamina (David Trueba, 2003). The list of the films is available in the program attached at the bottom of the announcement.

The films will be shown in the original version with Bosnian/Croatian/Serbian subtitles.

The program is carried out in accordance with the applicable epidemiological measures and recommendations.

We would be honored if you can attend.