Home Pomozi.ba in 2020 raised 2 million BAM for the sick and distributed a thousand tons of food to the people in need 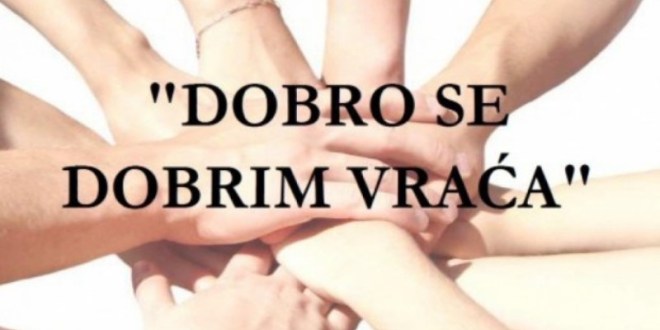 Pomozi.ba in 2020 raised 2 million BAM for the sick and distributed a thousand tons of food to the people in need

In addition to the news of the pandemic, the past year was also marked by a series of humanitarian actions by the Pomozi.ba association. Through selfless engagement without any breaks, the team of people showed that positive news is always louder than bad news, and that humanitarian work knows no boundaries, neither metaphorical, nor real ones. Let’s look back to 2020 and the work of the association Pomozi.ba.

They provided more than three million meals for the socially endangered citizens, as well as for refugees and migrants, i.e. people on the move who are residing on the territory of Bosnia and Herzegovina. In addition, about 2 million BAM were donated for the treatment of sick citizens, and only in the second half of 2020 (in the first half, due to lockdown at the global level, citizens generally did not ask for this type of assistance).

In the year marked by the pandemic, Pomozi.ba showed solidarity and sent a message about the importance of respecting epidemiological measures/recommendations. 900 thousand protective masks were distributed, of which 500 thousand at the time when the masks were impossible to obtain in Bosnia and Herzegovina or in the region.

In addition, a restaurant of good will for people who cannot afford food has been opened in Bihać, and a similar facility will be opened in Sarajevo. A department has been established in Tuzla as well, and trucks with aid have been sent to Sandžak.

“In addition to these humanitarian actions and projects, we must mention that dozens of homes for people in need throughout our country have been completely built or partially renovated. We brought water into homes that didn’t have it, bought harvesters, donated cattle, furniture and clothes. We worked a lot, we went into everything with our hearts and we processed thousands of requests for help”, said representatives of Pomozi.ba.

Unfortunately, they have not been, nor will they ever be able to fully respond to all requests for help, which continue to arrive minute by minute from all parts of the region.

“There have been mistakes and omissions, but we try to learn from every mistake and improve our work in order to be as efficient as possible in providing help to those who need it the most. We truly thank all those who trust us and who decided to help someone through Pomozi.ba. We are only intermediaries, and we will always be intermediaries”.